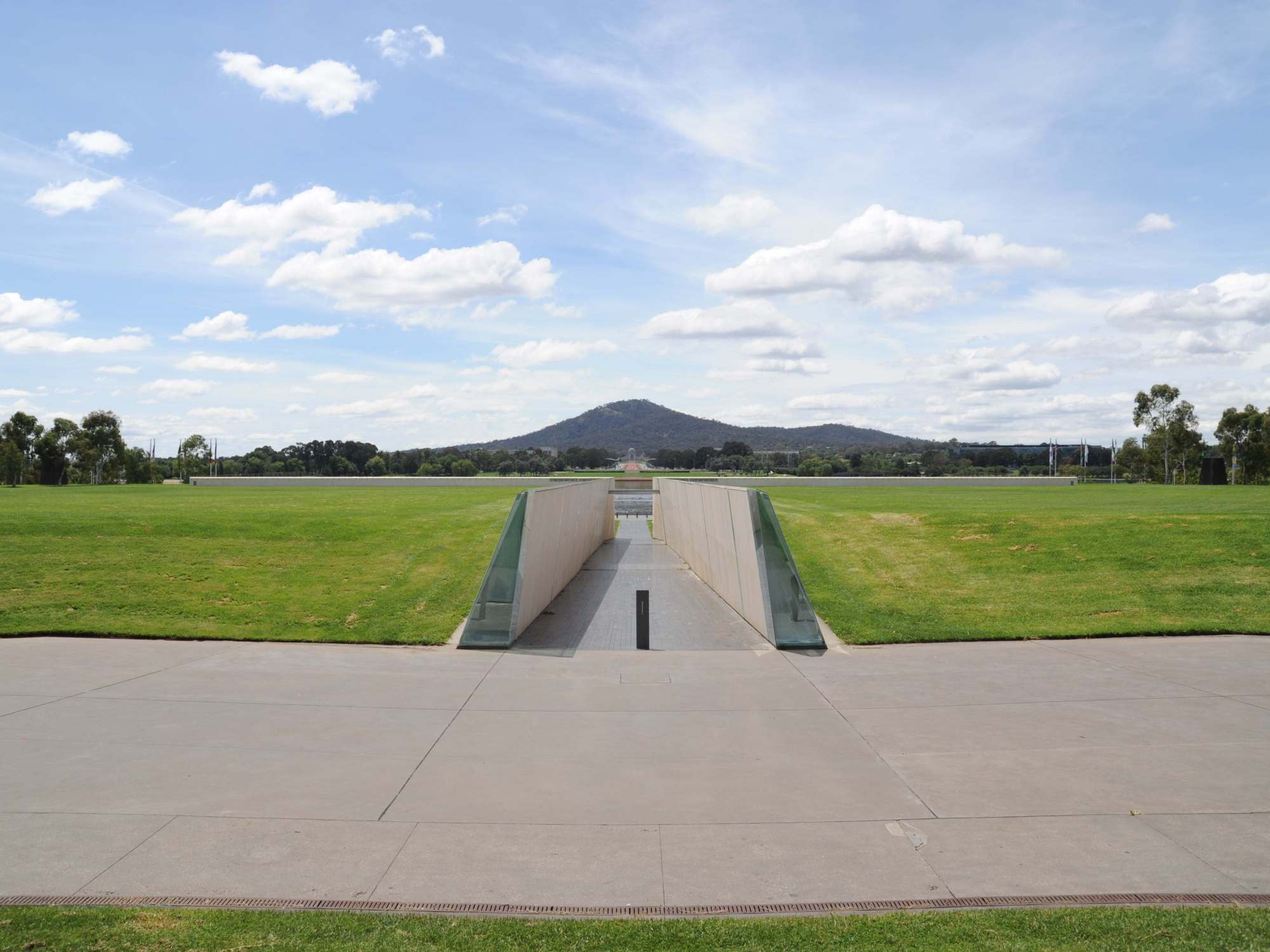 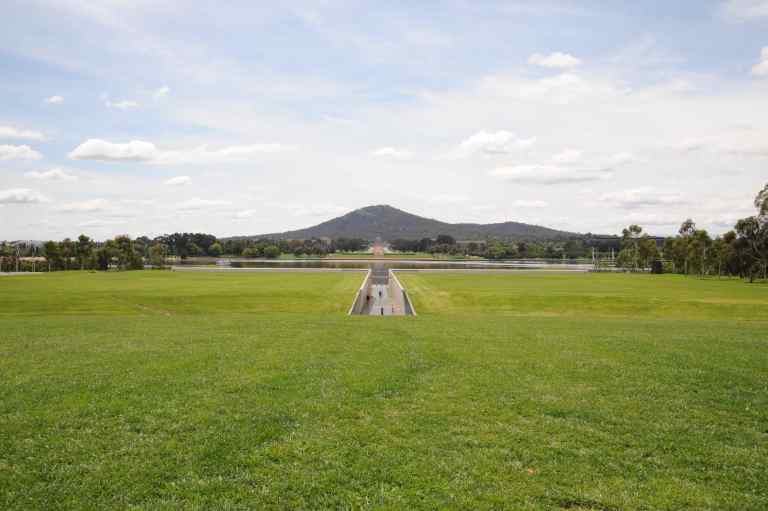 This is a little-known and even less recognised ‘gem’ in Australia’s capital city, Canberra. (So much so that Commonwealth Place doesn’t even show up as a place on Google Maps!)

Durbach Block Jaggers, working with landscape architect Sue Barnsley, have taken the spirit of the original competition-winning design for Canberra by Walter Burley Griffin and Marion Mahoney, and worked within the existing built reality to devise an extremely powerful, yet also quietly understated, place in the landscape.

The project creates an indentation in the land, directly on axis with Capital Hill, New Parliament House and Old Parliament House leading to Lake Burley Griffin. This indentation creates a path, bounded by sandstone walls, that arrives at a gathering place by the lake. This is sensitive and intelligent place-making.

From the Parliament House side, only a central cut in the lawn can be seen, with the lake visible beyond, and the entire design on axis with Anzac Parade and Mt Ainslie in the distance. 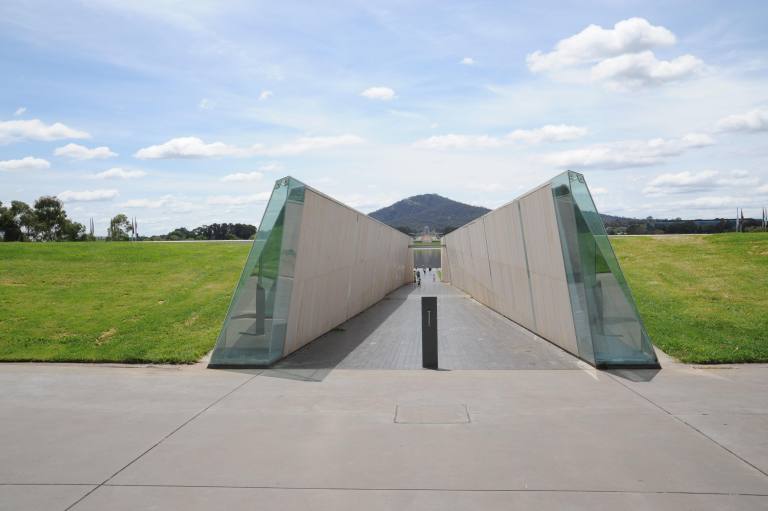 On the outside of the walls, the grass ramps up and levels off, allowing multiple walking routes, and views down to the path and gathering place at the end. 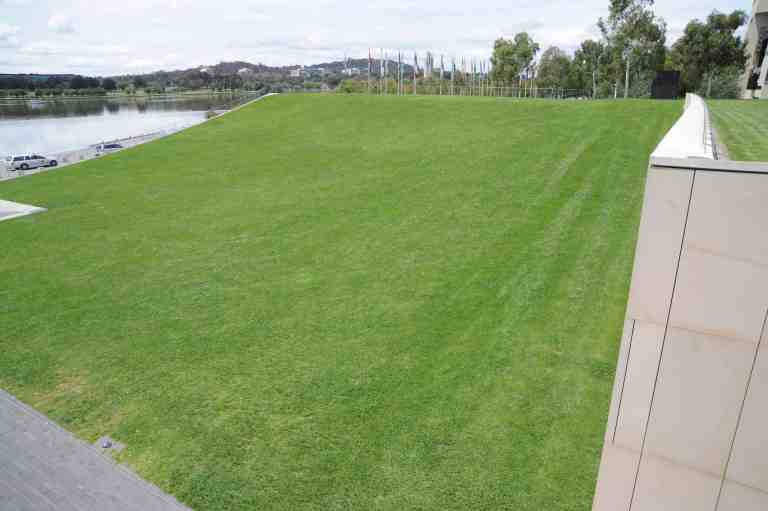 The edges of the gathering place turn up on either side, containing the grass gathering place, while also creating spaces underneath for a restaurant on one side and a gallery on the other – both clad with U-profile glass sections. A sinuous metal balustrade snakes around these upturned sections, leading back down to the pavement level. 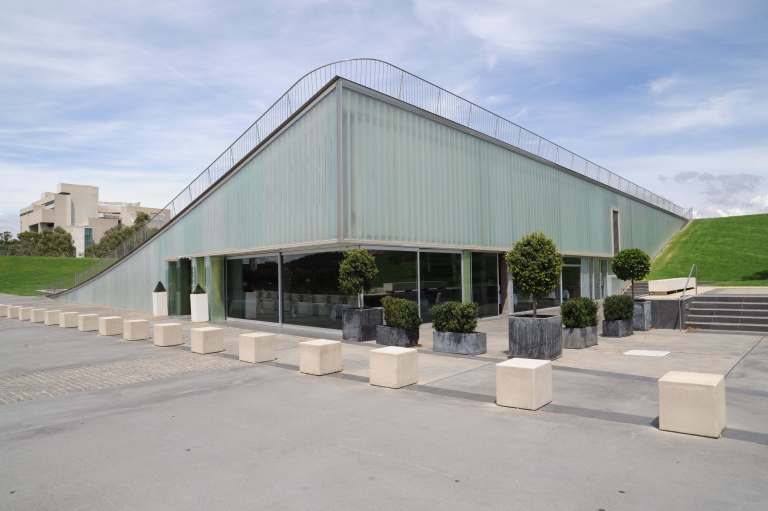 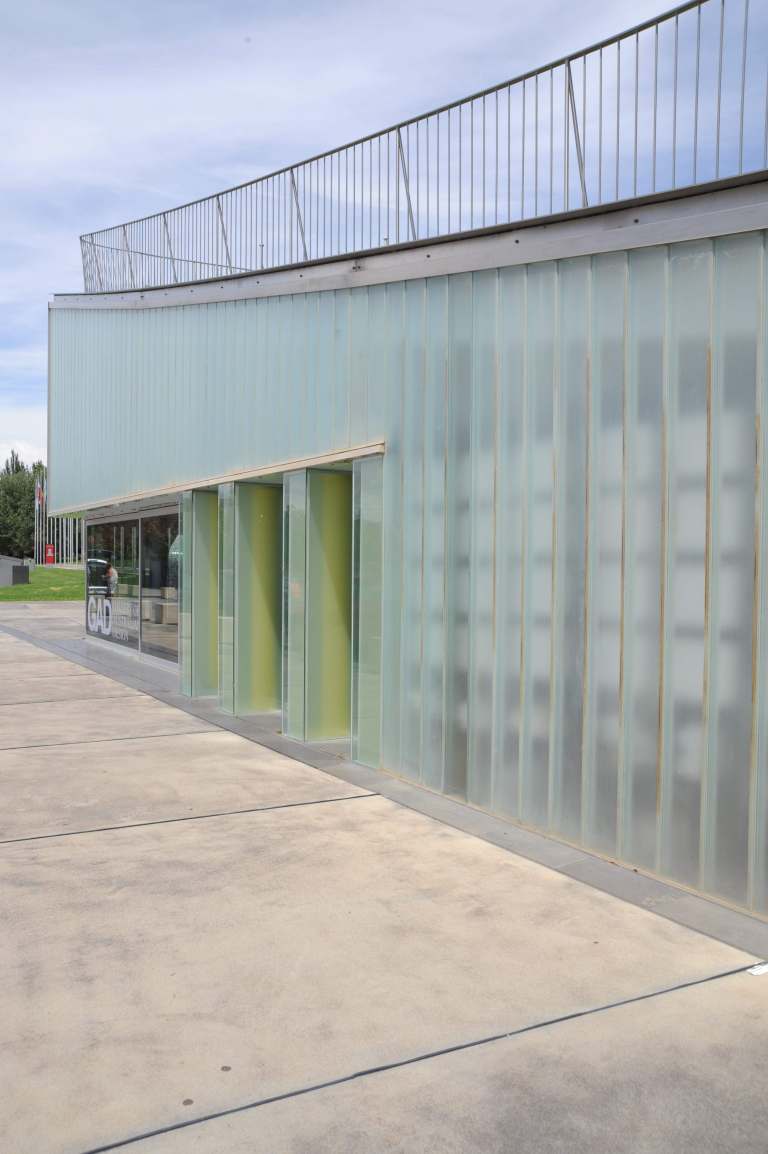 Delightful little details can be found carefully inserted at various points around the site. 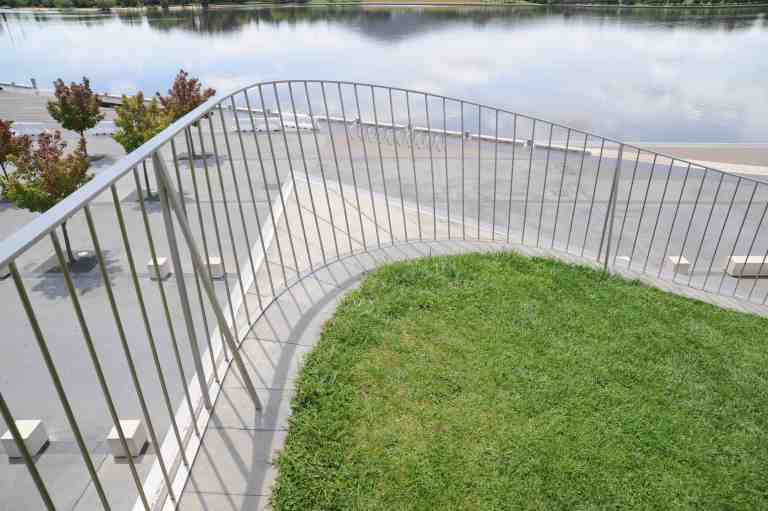 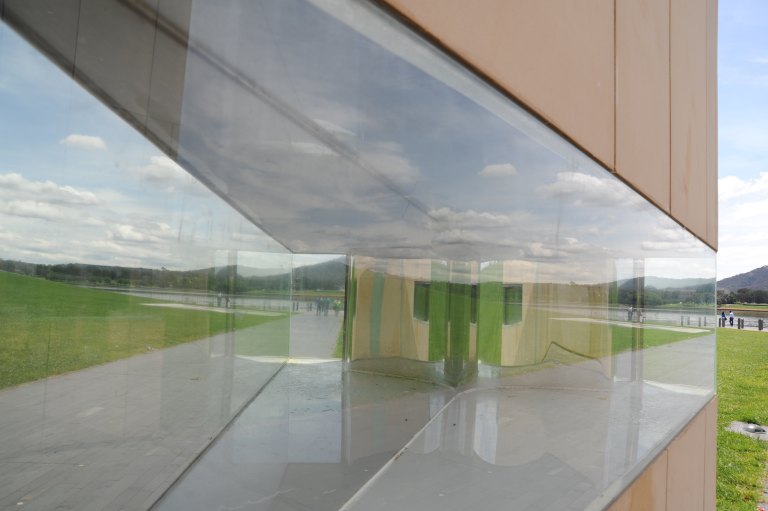 This project brings together two complex programs, one to create a habitable and captivating outdoor place, capable of engaging and sheltering one and twelve thousand people. The other to respect the views and discipline of the dominant Land Axis and structure of Walter Burley Griffin’s plan for Canberra.

The initial image was of a cupped hand, representing gathering and collection at the Lake edge. This gentle curve is at once open and enclosing. Its edges hold the axis, while the ramp extends the axial view. It forms a habitable, iconic topography.

Our hope was that the views linking Old Parliament House and the water’s edge of Lake Burley Griffin would be clearly revealed and celebrated for the very first time. The ramp now links to a second monument, the mound of Reconciliation Place. Materials were specifically chosen to express a gentle and fluid monumentality. The liquid light of the glass walls plays with and softens the Canberra sunshine throughout the year. The flickering of glass and the delicate and variegated pattern of the stone-faced back wall is suggestive of a curtain draped across the site, gradually lightening toward the ramp opening.

The dark pavement emphasises the cutting and incision of the landscape and joins the recessive quality of the grassed lawns of the Parliamentary Axis. A grove of white birch trees navigates across the space, immediately populating this grass theatre. Bounding avenues of gum trees hold and ground this place within the Parliamentary landscape. 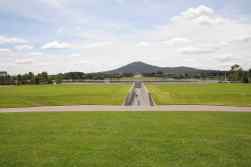 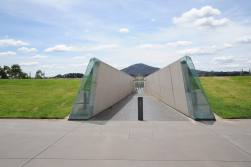 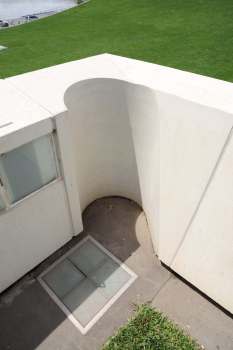 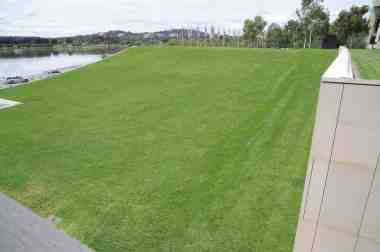 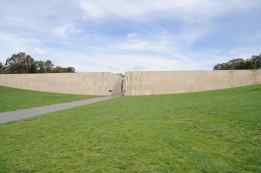 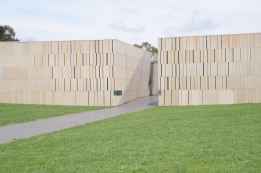 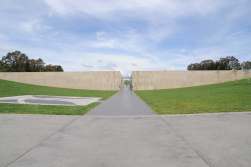 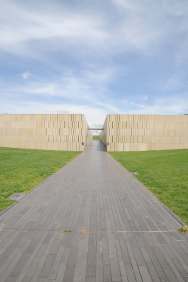 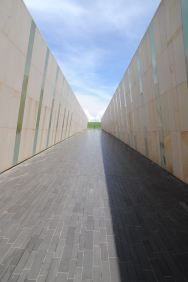 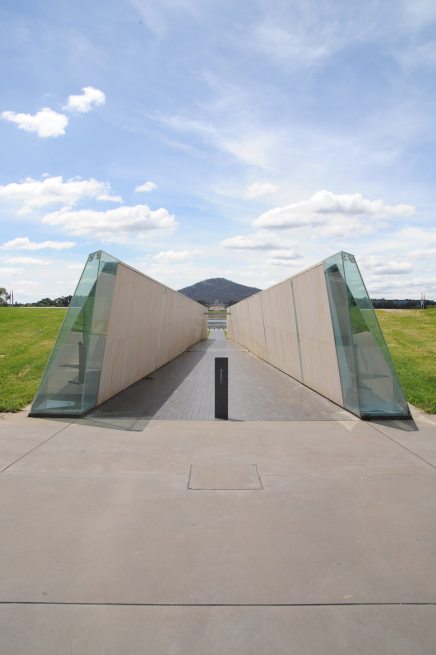