This is a beautifully clever little project. Designed as part of the 1990 ‘What a Wonderful World’ exhibition where 5 architects designed pavilions for the display of music videos. (The Bernard Tschumi pavilion still exists but those by Zaha Hadid, Coop Himmelblau and Peter Eisenman are no longer there.) 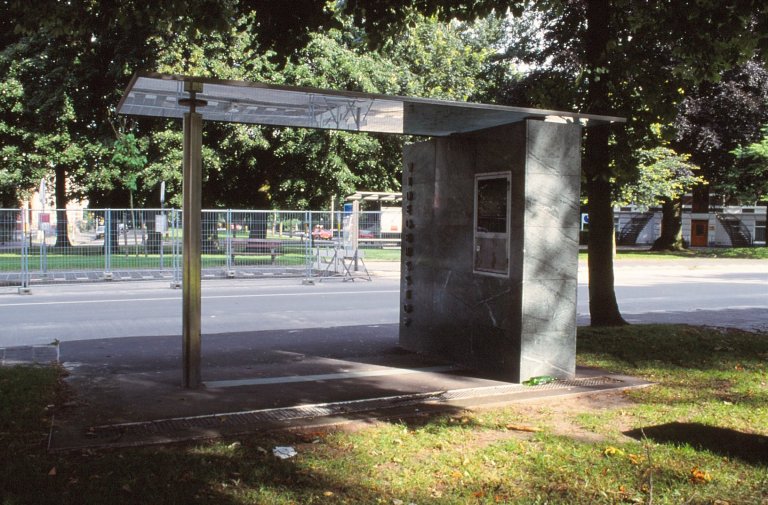 Rem Koolhaas / OMA explored the idea of creating something that might be useful beyond the time of the exhibition by designing a new bus stop. However that bus stop design also re-interpreted some of Mies van der Rohe’s design approach and materiality. The solid stone wall is counterbalanced by the cruciform column opposite, both supporting a glass roof. The metal mesh curtain no longer exists, but the strength of the design remains.

The Rem Koolhaas explanation in the catalogue states:

‘What is the potential for video? Would it be possible to imagine a bus stop which would be more than the usual prefabricated collision between glass and steel profiles?

From the impossible meeting between Mies van der Rohe and J.C. Decaux, an impossibly dignified bus stop is born. A marble block and a steel chromed cross column pass through space, a glass plate floats above. What is behind the curtain? An accidental screen. The reinterpretation of the Barcelona Pavilion as bus stop is also its own demystification. ‘The whispers of music’ attracts the people to the screen, who might occasionally look at a video programme and might finally miss their bus.’

Should you happen to be in the Netherlands it is well worth a trip to Groningen. This is one of a number of architecturally designed projects there that you should track down. 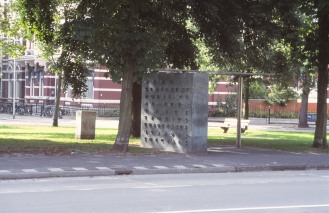 The ‘What a Wonderful World’ catalogue provided further information and detail about each pavilion, along with details of all the videos that were displayed. 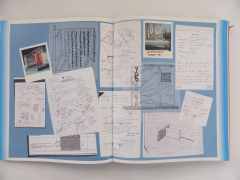 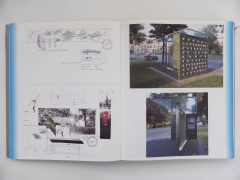