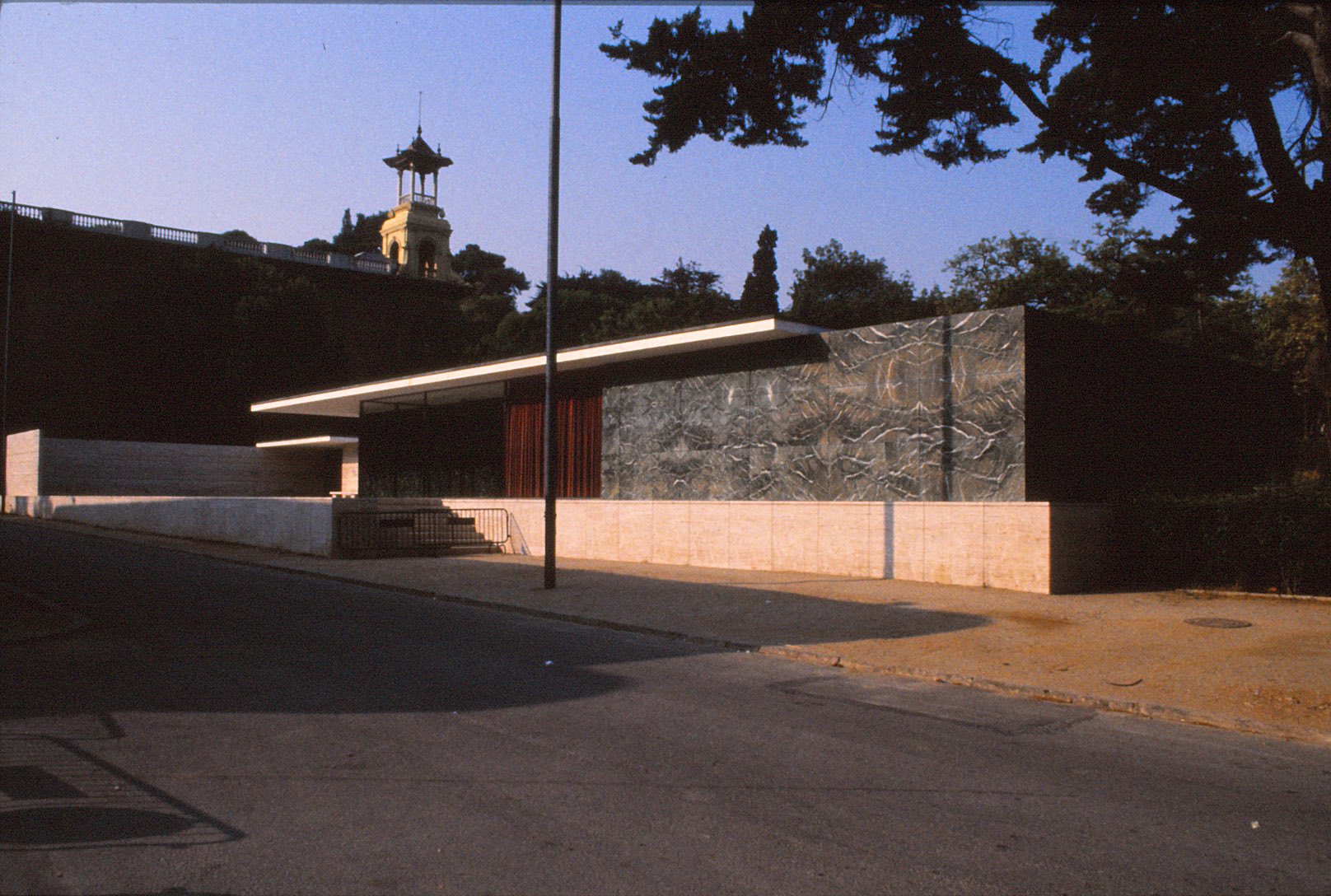 Originally designed as the German National Pavilion for the 1929 International Exposition in Barcelona, Catalonia, Spain this building is now generally referred to as ‘The Barcelona Pavilion’. After the exhibition the building was dismantled and apparently disappeared.

In 1983 work began on a reconstruction of the building, researched, designed and overseen by Ignasi de Solà-Morales, Cristian Cirici and Fernando Ramos, eventually opening in 1986.

The materials mirror those that Mies selected for the original building – a number of different types of glass, steel  Roman travertine, green Alpine marble, ancient green marble from Greece and golden onyx from the Atlas Mountains. The composition of the building consists of a travertine base and a series of horizontal and vertical planes with a number of columns in an exquisitely balanced composition further enhanced by the large outer reflecting pool and the internal courtyard pool with sculpture by George Kolbe.

Seemingly simple in form yet so complex in spatial manipulation and experience. 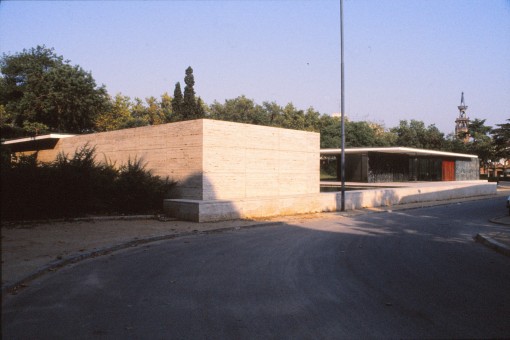 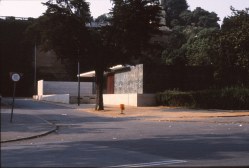 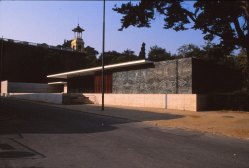 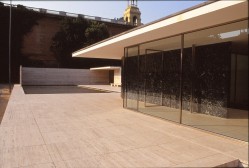 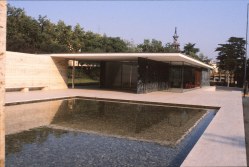 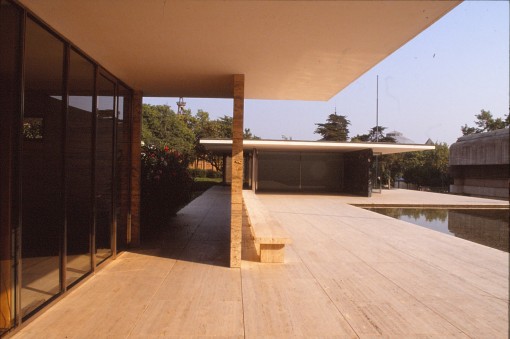 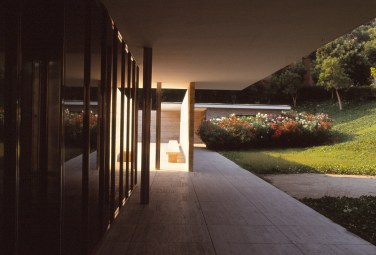 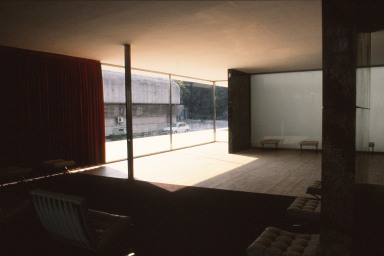 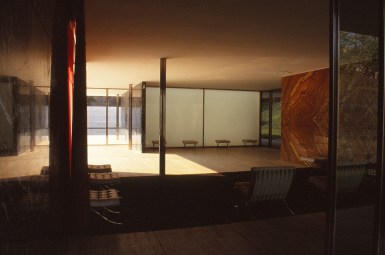 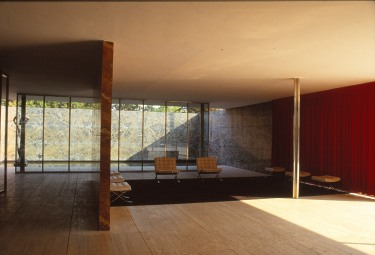 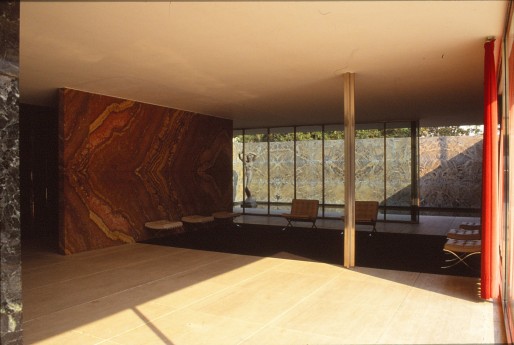 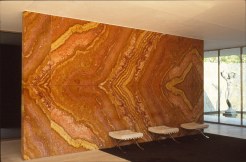 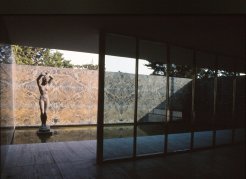 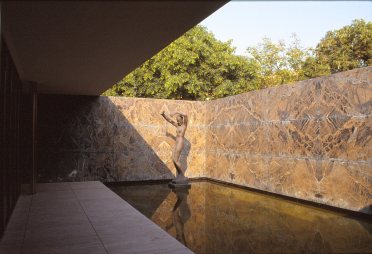 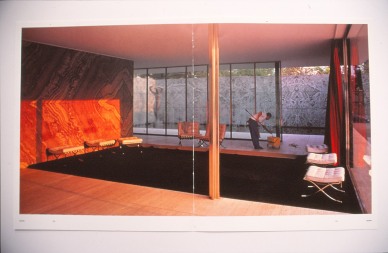