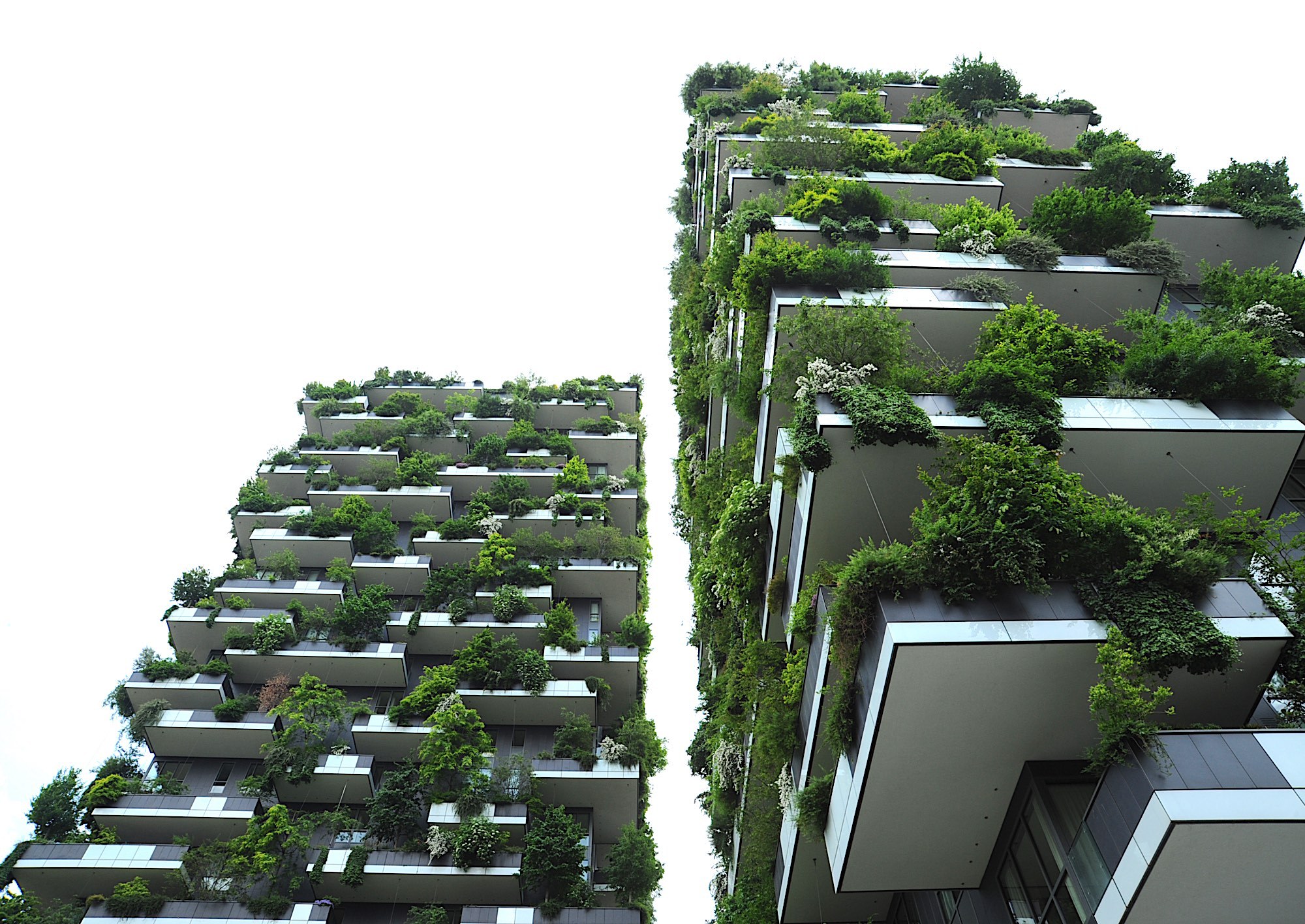 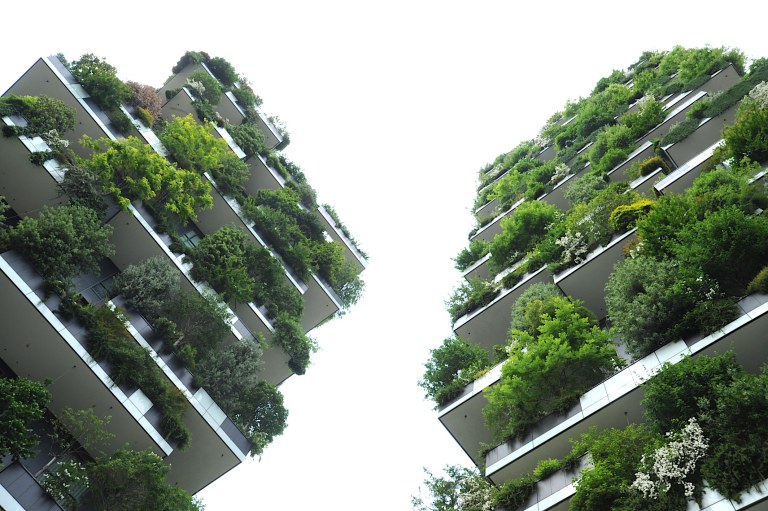 When you see a work of architecture published, either in a magazine or online, you can never know what it might really be like to visit the building in person. 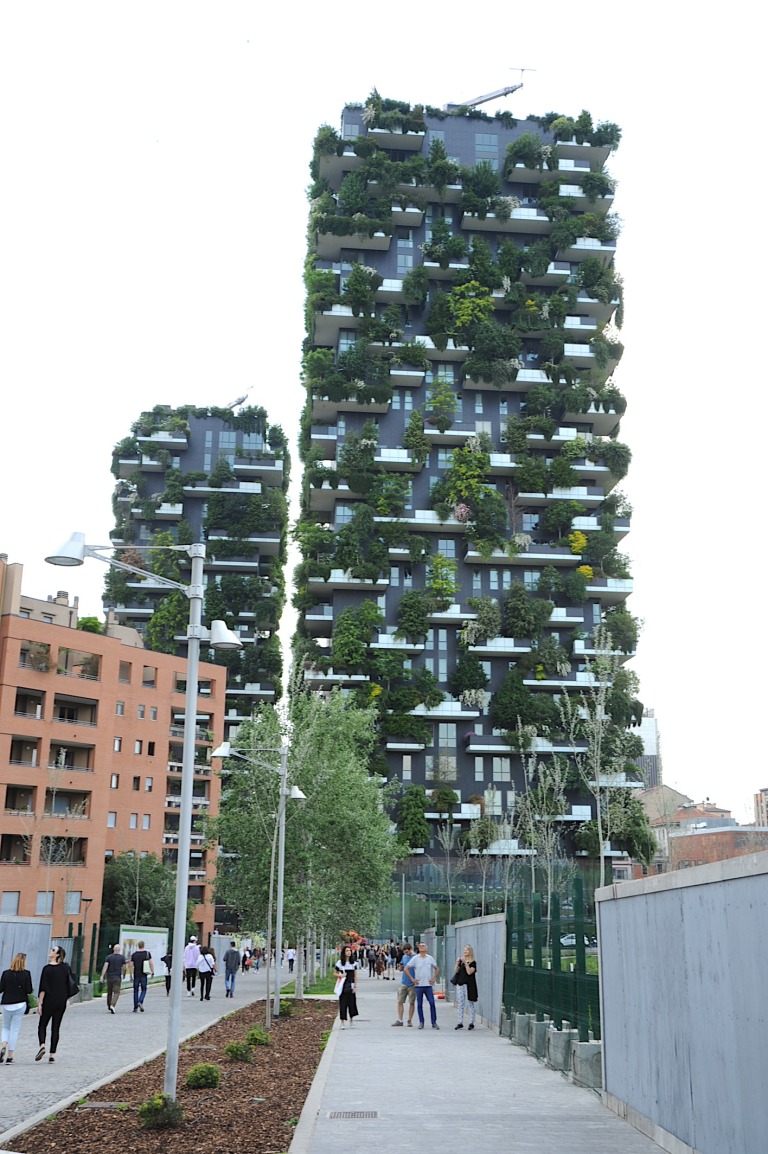 Bosco Verticale seemed like such a simple yet positive idea, a way of reintroducing greenery and landscaping where high-rise buildings had taken over. 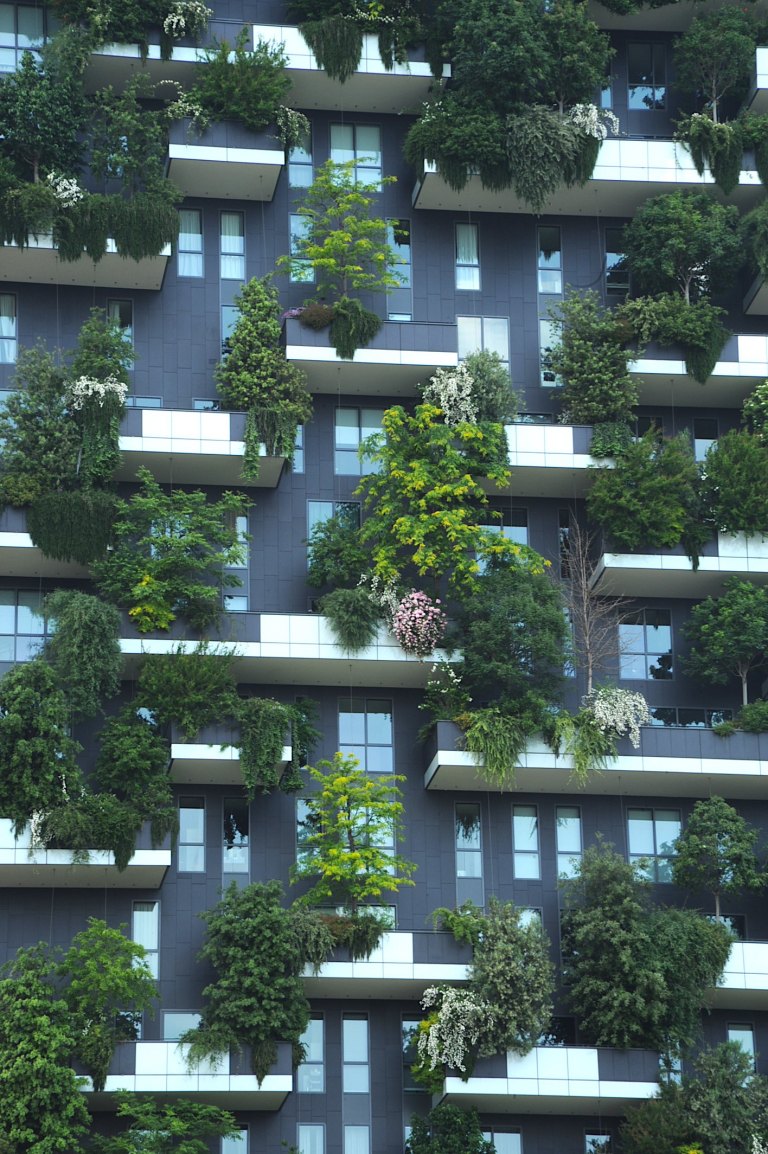 Visiting in person, the reality was perhaps even more ‘real’ than the photos implied, especially against a white sky. 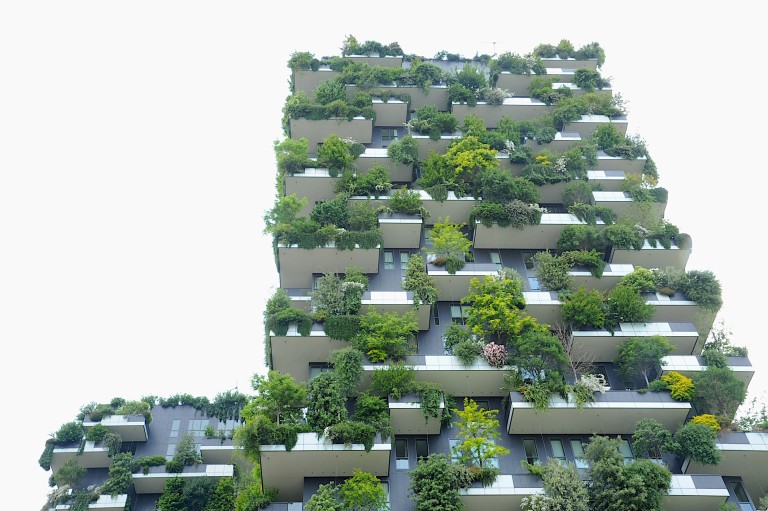 The plants were truly lush and verdant in various shades of green, some even flowering, when I visited in late May 2018, almost 4 years after the building was completed. 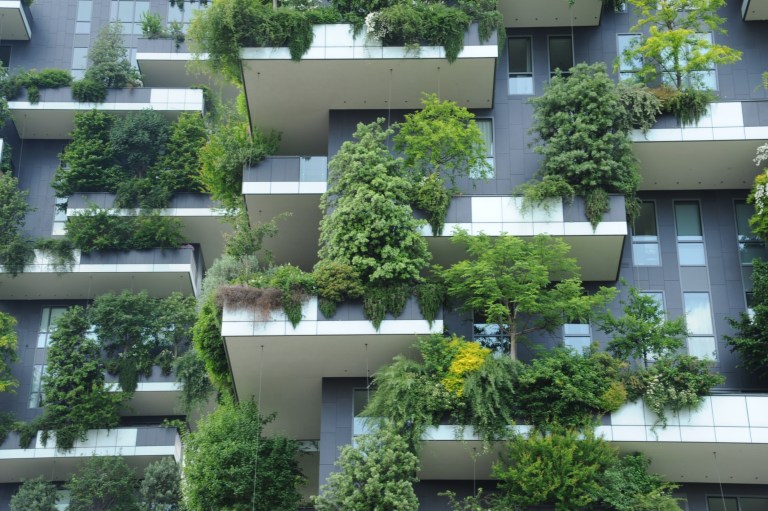 The project, located in the Porta Nuova Isola area of Milan, consists of two towers (18 and 26 floors) containing 113 apartments and community facilities. 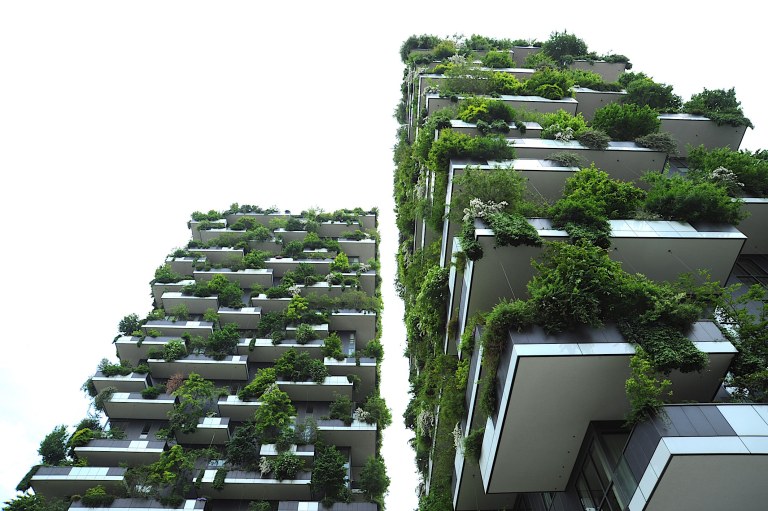 Each apartment has been designed with concrete planterboxes incorporated into each balcony, containing a variety of plants from trees to small shrubs. The planting is strictly controlled and maintained by the building managers, and funded by all apartment owners. 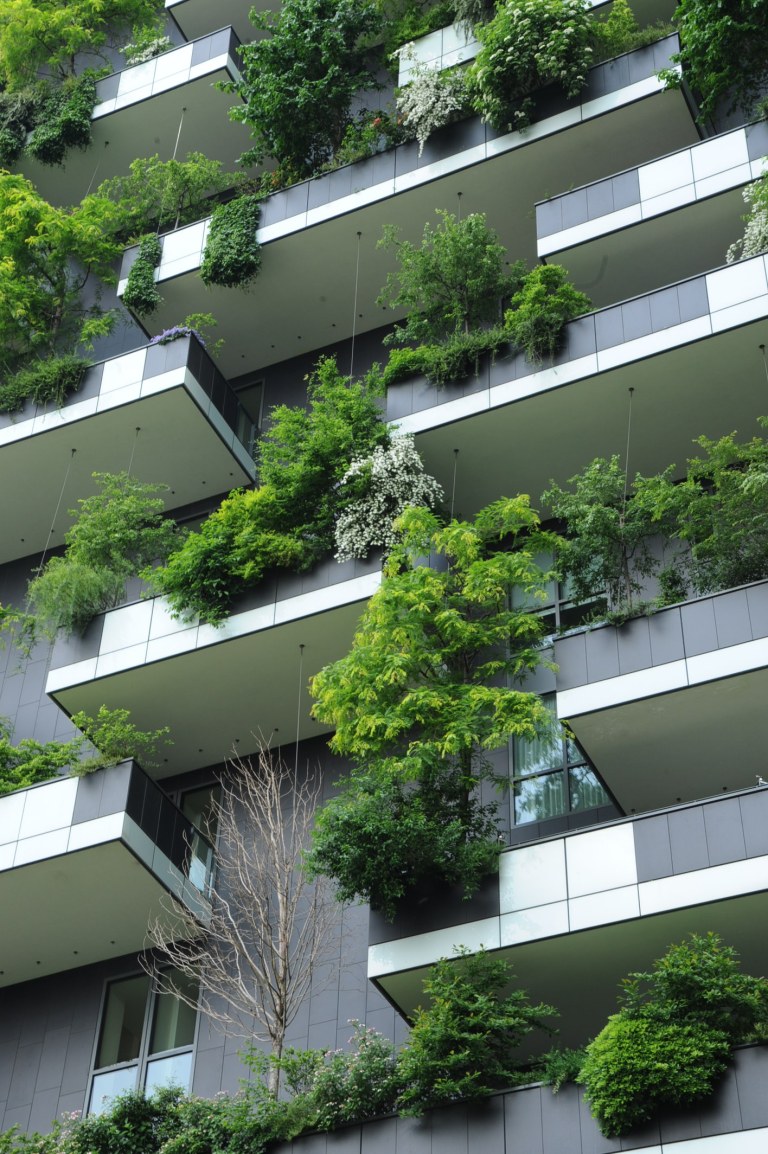 ‘Vertical Forest is a model for a sustainable residential building, a project for metropolitan reforestation contributing to the regeneration of the environment and urban biodiversity without the implication of expanding the city upon the territory. It is a model of vertical densification of nature within the city that operates in relation to policies for reforestation and naturalisation of large urban and metropolitan borders. The first example of the Vertical Forest consisting of two residential towers of 110 and 76 m height, was realised in the centre of Milan, on the edge of the Isola neighbourhood, hosting 800 trees (each measuring 3, 6 or 9 meters), 4,500 shrubs and 15,000 plants from a wide range of shrubs and floral plants distributed according to the sun exposure of the facade. On flat land, each Vertical Forest equals, in amount of trees, an area of 20,000 square meters  of forest. In terms of urban densification it is the equivalent of an area of a single family dwelling of nearly 75,000 m2. The vegetal system of the Vertical Forest contributes to the construction of a microclimate, produces humidity, absorbs CO2 and dust particles and produces oxygen.’ 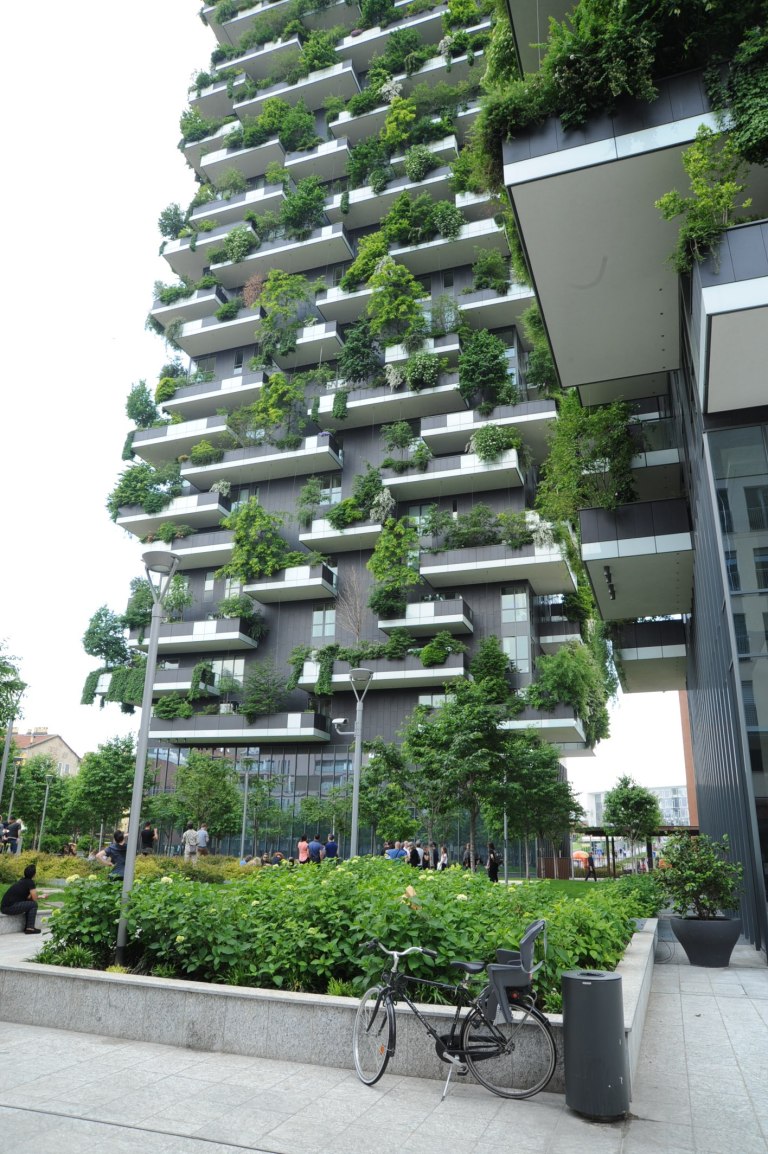 Bosco Verticale was awarded the 2014 International Highrise Award, with the jury stating: ‘Bosco Verticale is a marvellous project! It’s an expression of the extensive human need for green. The ‘wooded highrises’ are a striking example of a symbiosis of architecture and nature.’ 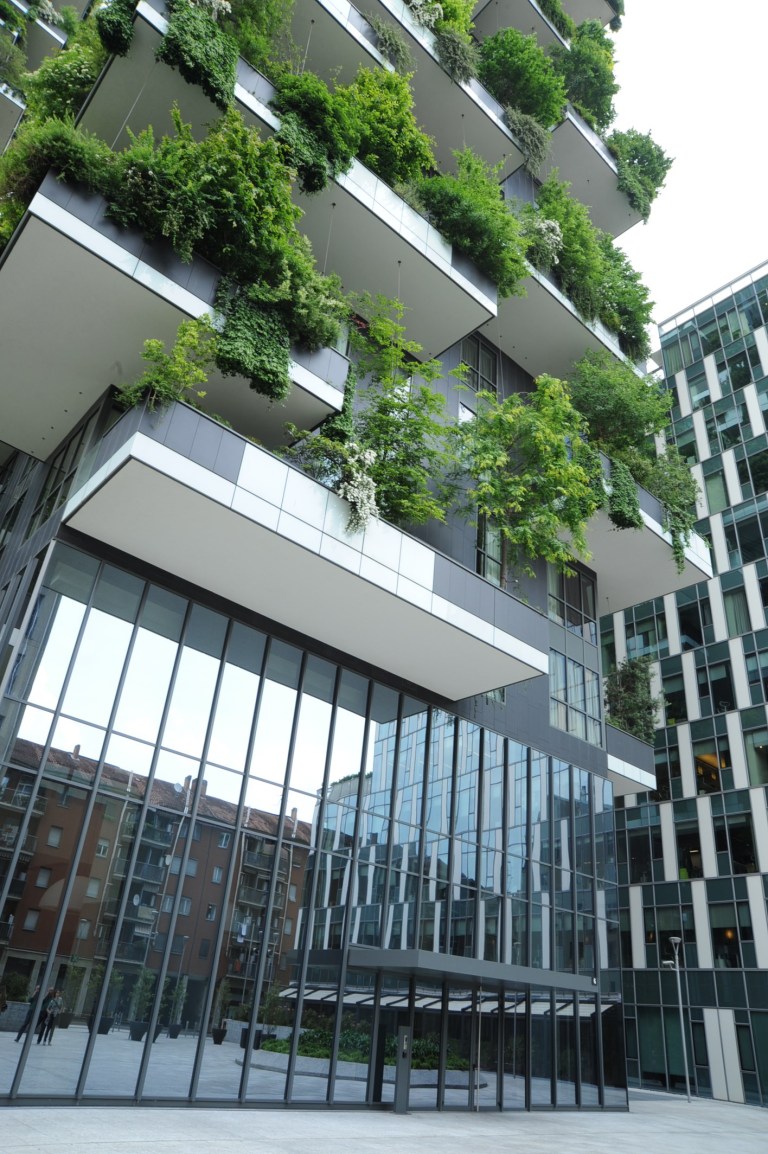 Boeri Studio have since designed similarly landscaped projects in Paris, the Netherlands and China. 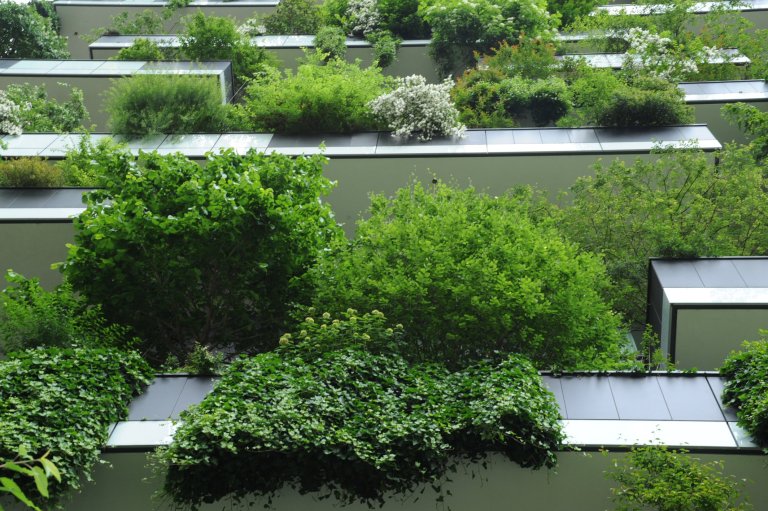 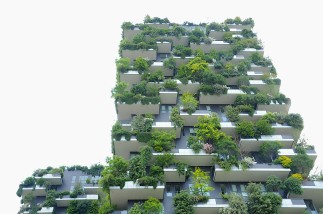 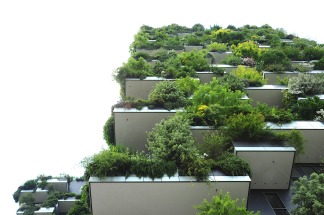 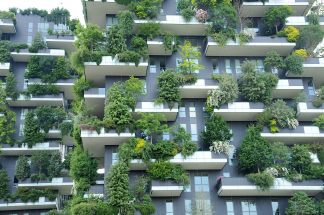 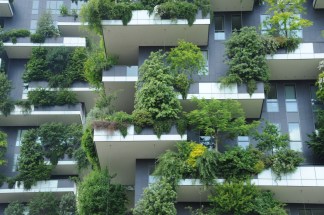 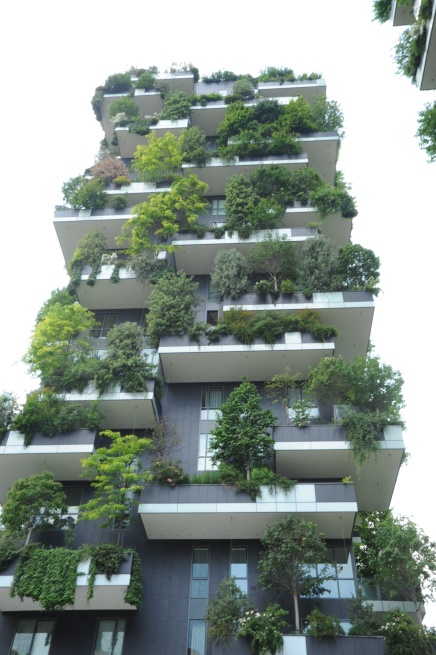 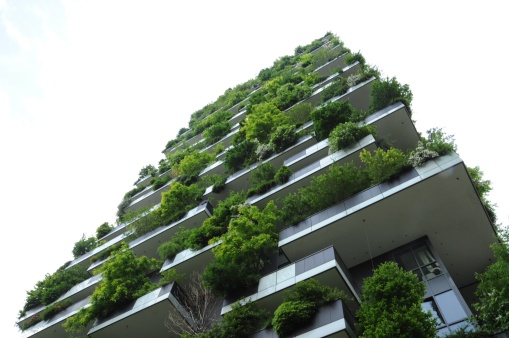 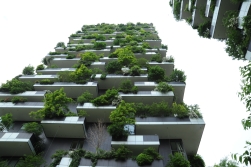 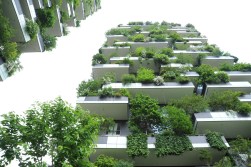 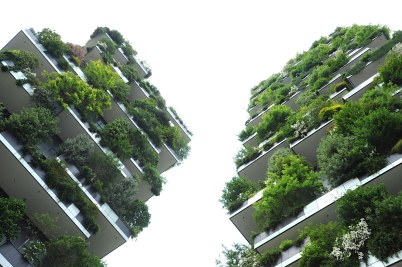 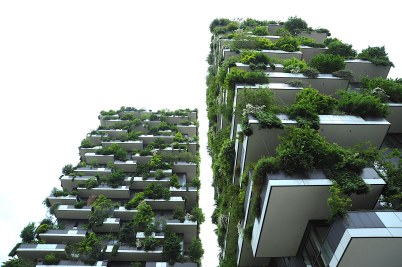 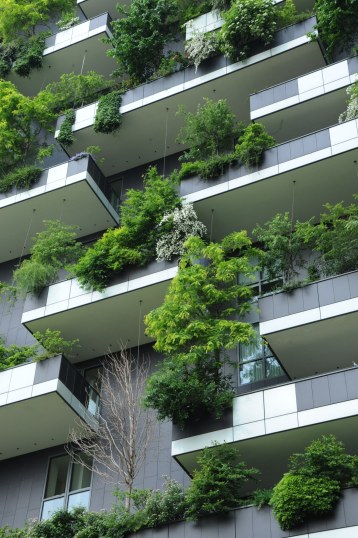 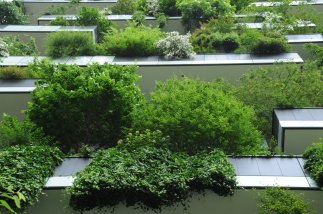 Go to the MENU (above right) to sign up to receive regular posts.

And you may also like to view the links below: