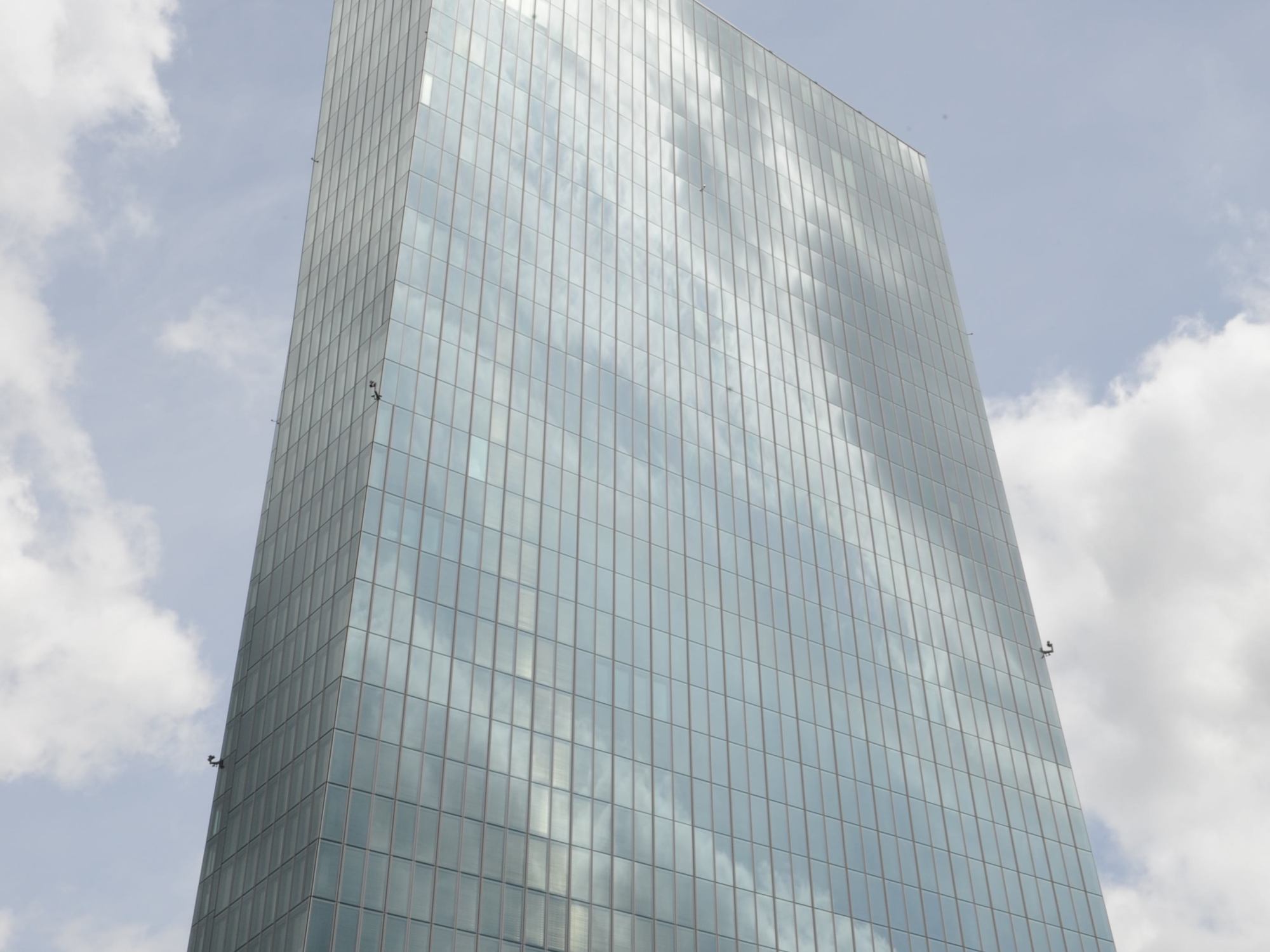 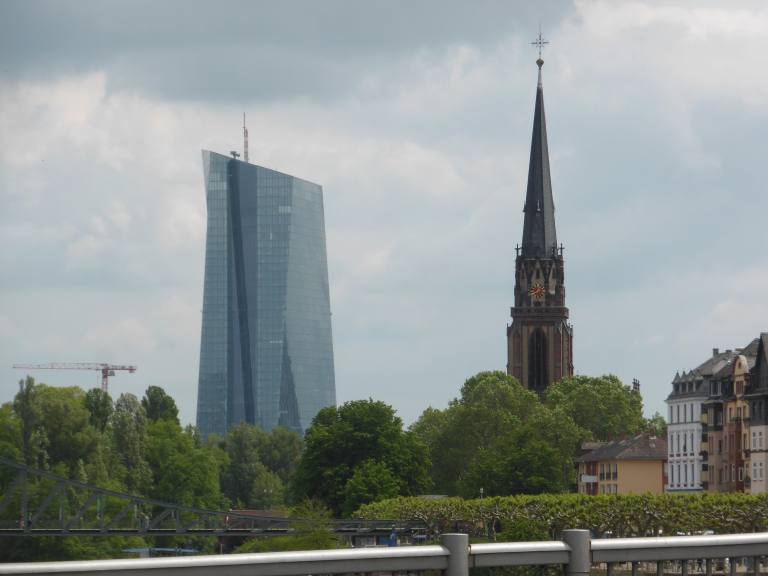 In 2003, the European Central Bank ran an architectural design competition for a new headquarters building in Frankfurt. From a list of 80 architects they selected 3 finalists with Coop Himmelblau eventually selected as the architects for the project.

Completed in 2014, the building is a sparkling jewel on an old industrial site on the bank of the Main River, a leisurely 30-minute walk from the centre of Frankfurt. 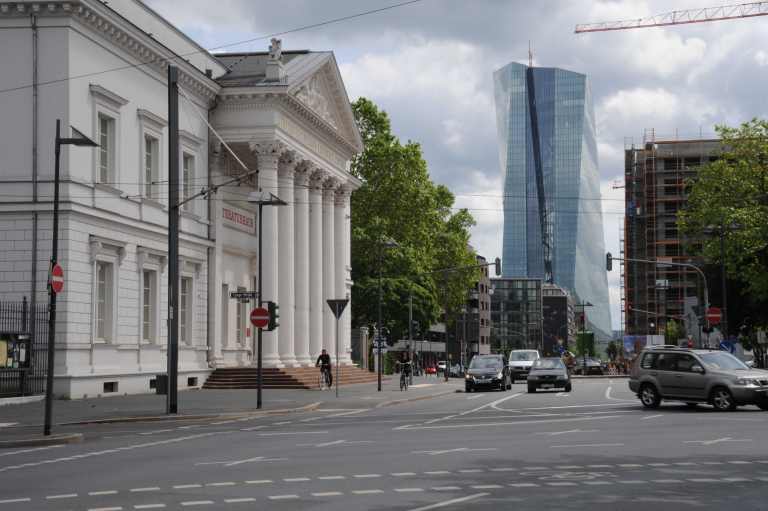 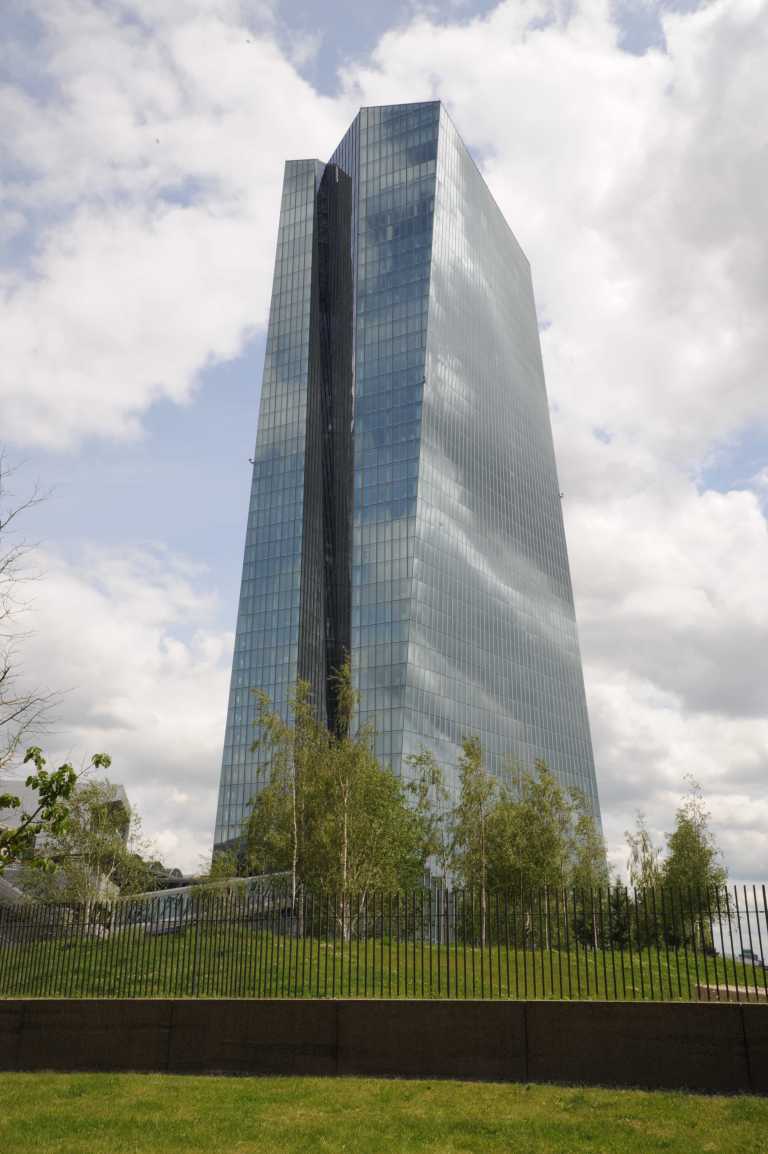 Coop Himmelblau looked to reinterpret the language of the standard glass office building – the design concept takes a rectangular prism, cuts it with a parabolic slice, and repositions the 2 pieces in relation to each other. The space between then becomes a series of public spaces the architects called a ‘Vertical City’.

In their words: The atrium between the office towers becomes a “vertical city”. Through platforms we are creating spaces, plazas and pathways between the towers, just as they exist in a city. The connecting and transferring levels divide the atrium horizontally into three sections of different sizes, with heights ranging from around 45 to 60 meters. These connecting platforms, bridges, ramps and stairs form a network of links between the office towers. They create short paths between the individual office floors in each tower and thus enable larger, interconnected usable office spaces on one or more floors in both towers, thereby also promoting informal communication. This new typology supports a dynamic development of form and enables differentiated office spaces with different panoramic perspectives. 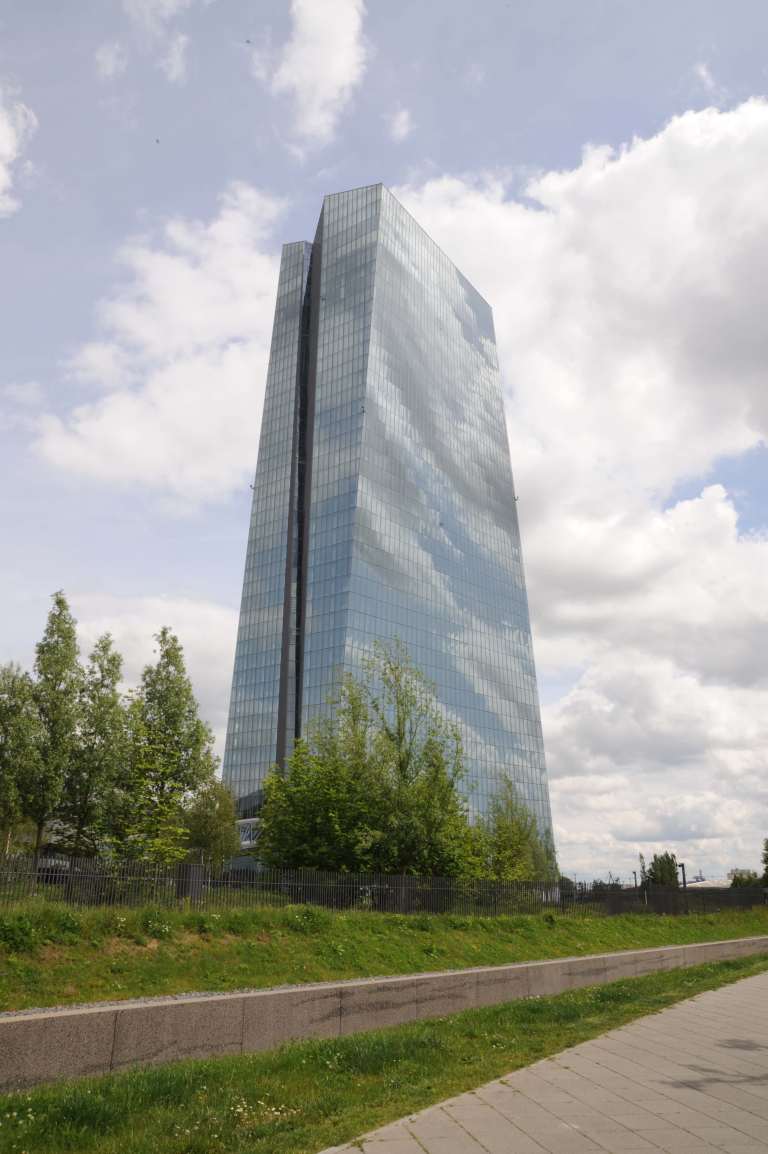 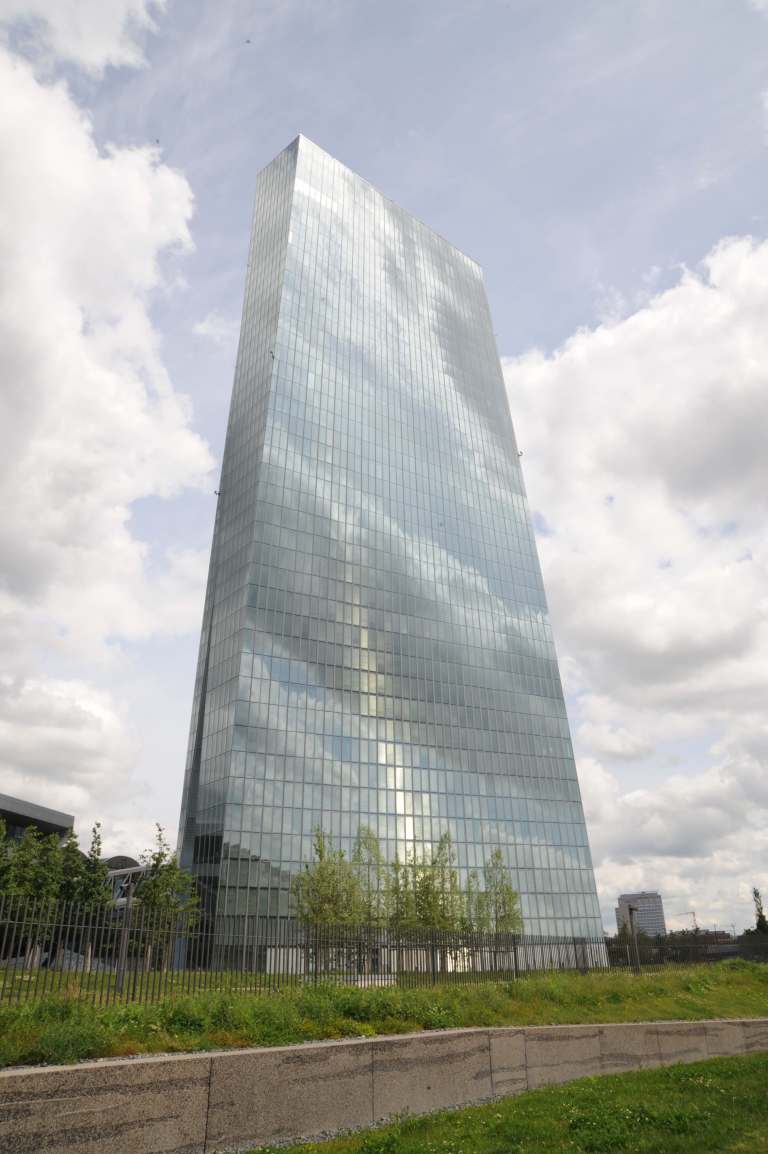 As you walk around the building, there is a mesmerising transformation of perspective as the reflections of sky and clouds shift in the curved glass façade. 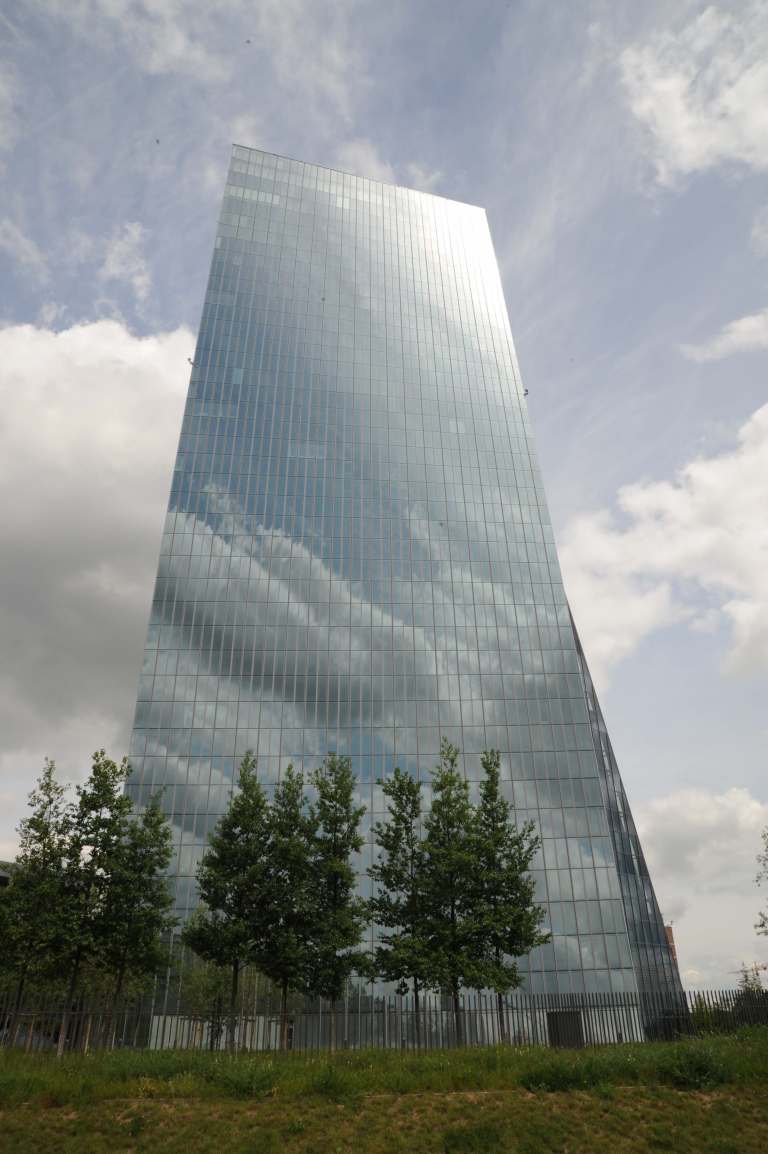 There are also glimpses into the public spaces (and structure) at the centre of the building. 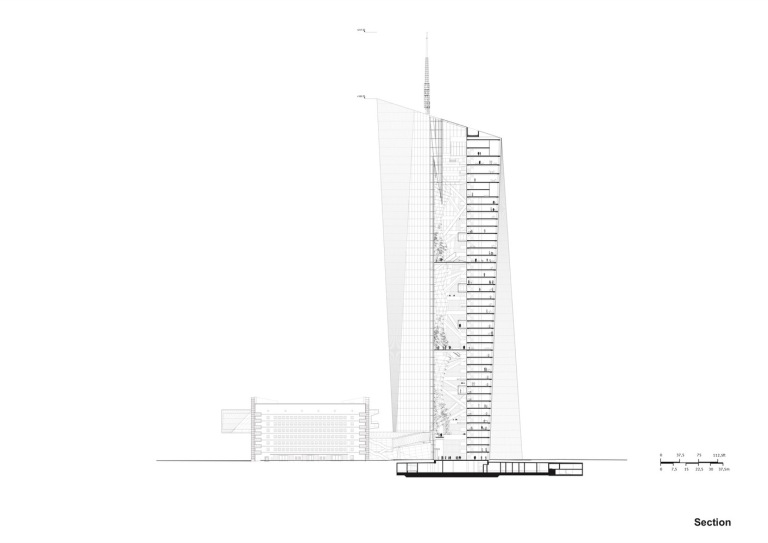 The entry to the tower is via a new insertion into the historic ‘Grossmarkthalle’ on the site. In keeping with Coop Himmelblau’s strategy for the tower, this is also a dramatically twisted form. 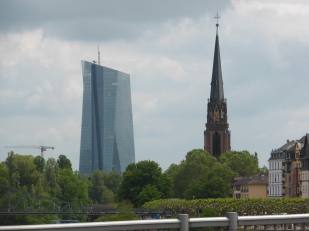 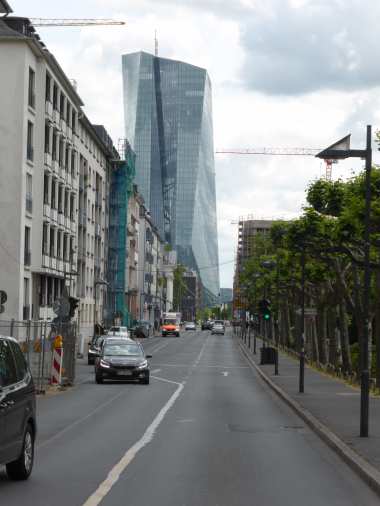 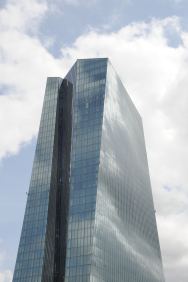 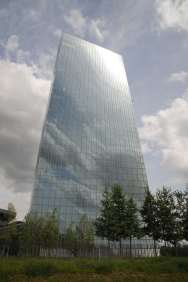 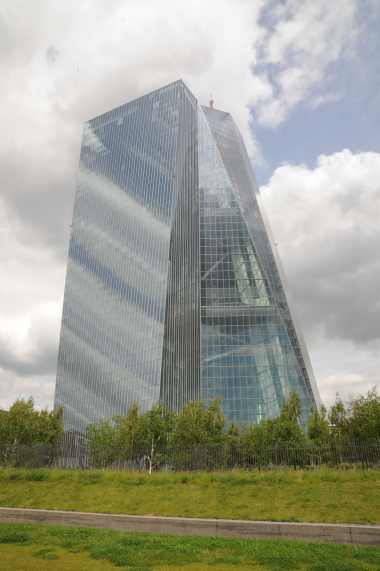 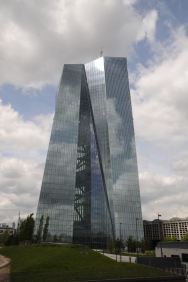 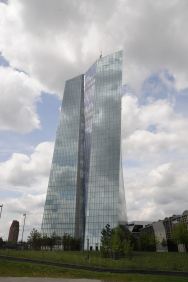 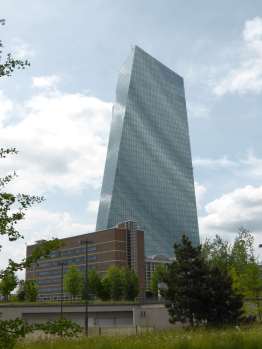 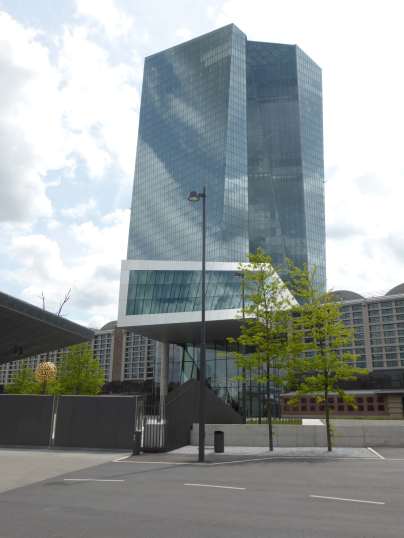