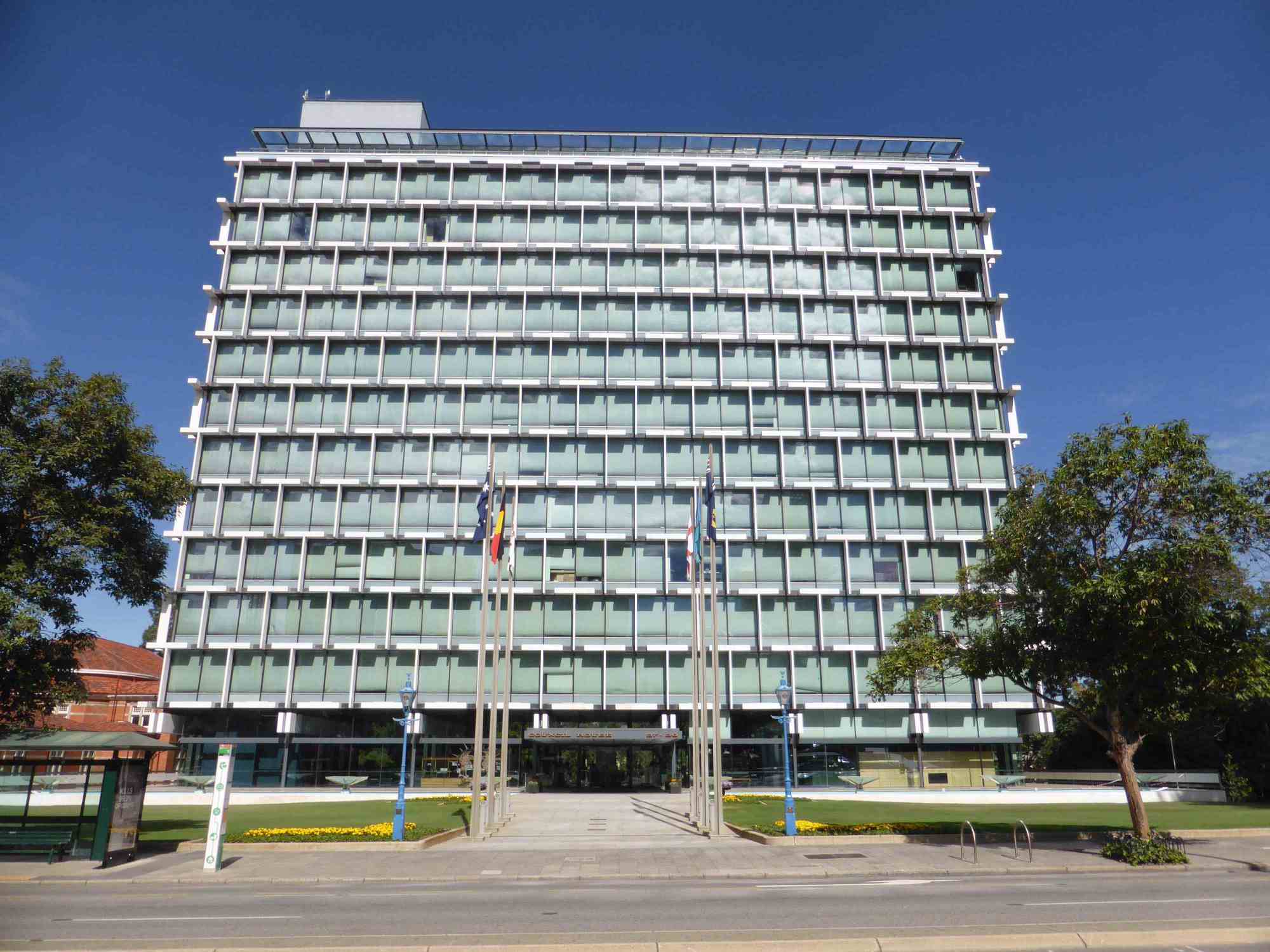 In 1959 Perth City Council ran a competition for a new Council administration building to be ready in time for the hosting of the Commonwealth Games in 1962. The jury included Harry Seidler and Leslie Perrot, and from 61 entries, Jeffrey Howlett and Don Bailey, two young architects who worked together at Bates Smart and McCutcheon in Melbourne, were selected as winners.

The most significant feature of the facade are the t-shaped sunshades that create a wonderful rhythm across the faces of the building. This and other details about the competition, the building design and its restoration and refurbishment, including essays by Geoffrey London and Robert Bell, can be found in the publication 50 Years – Council House produced by the City of Perth. 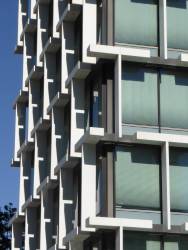 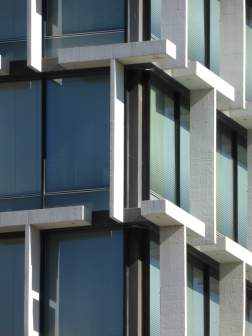 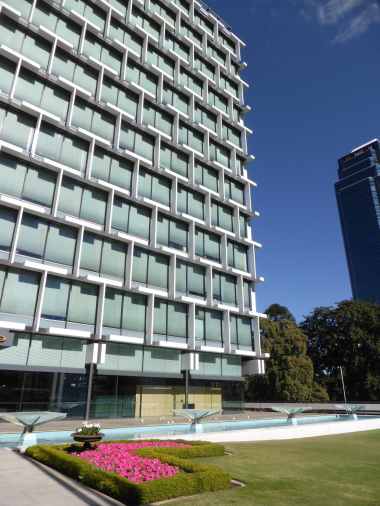 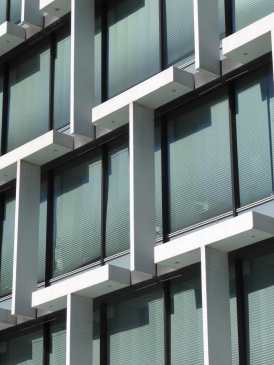 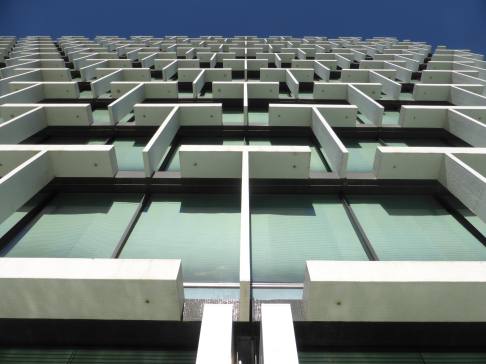 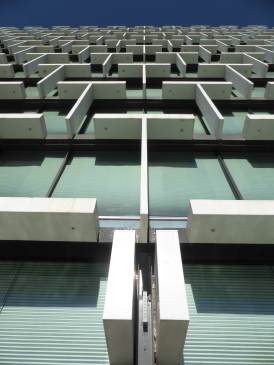 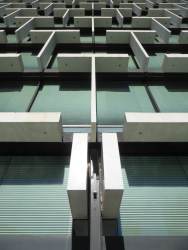 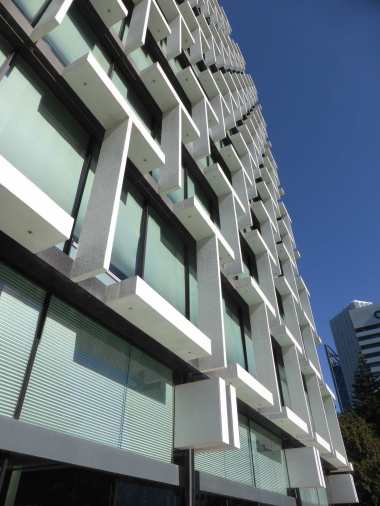 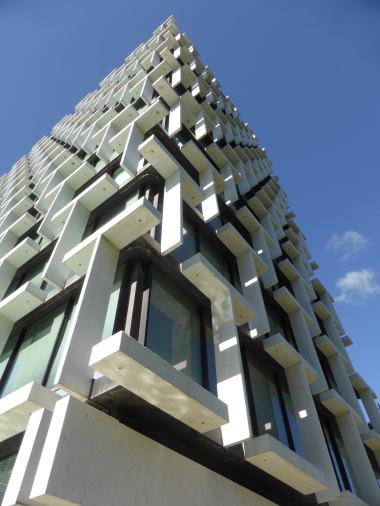