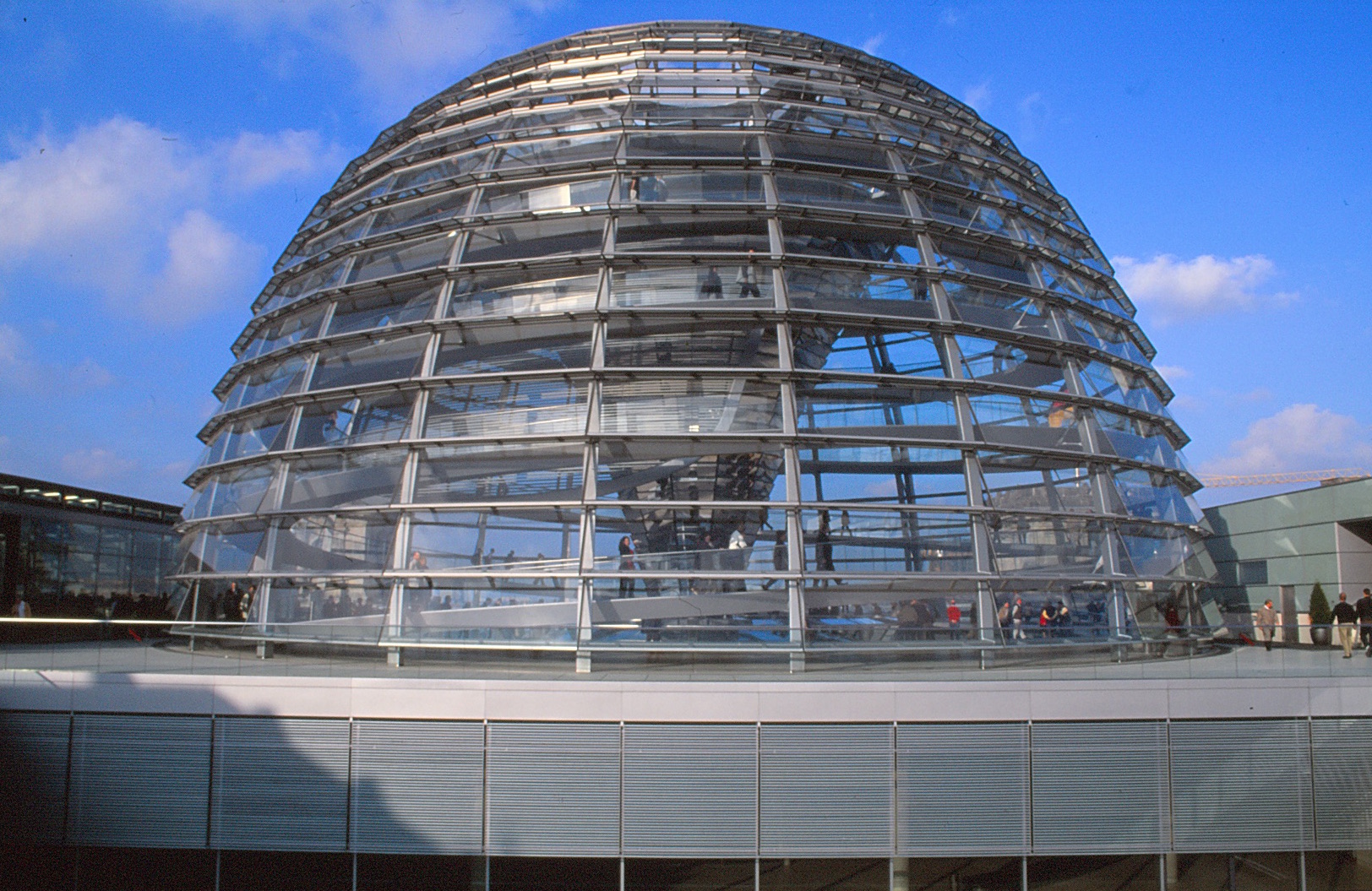 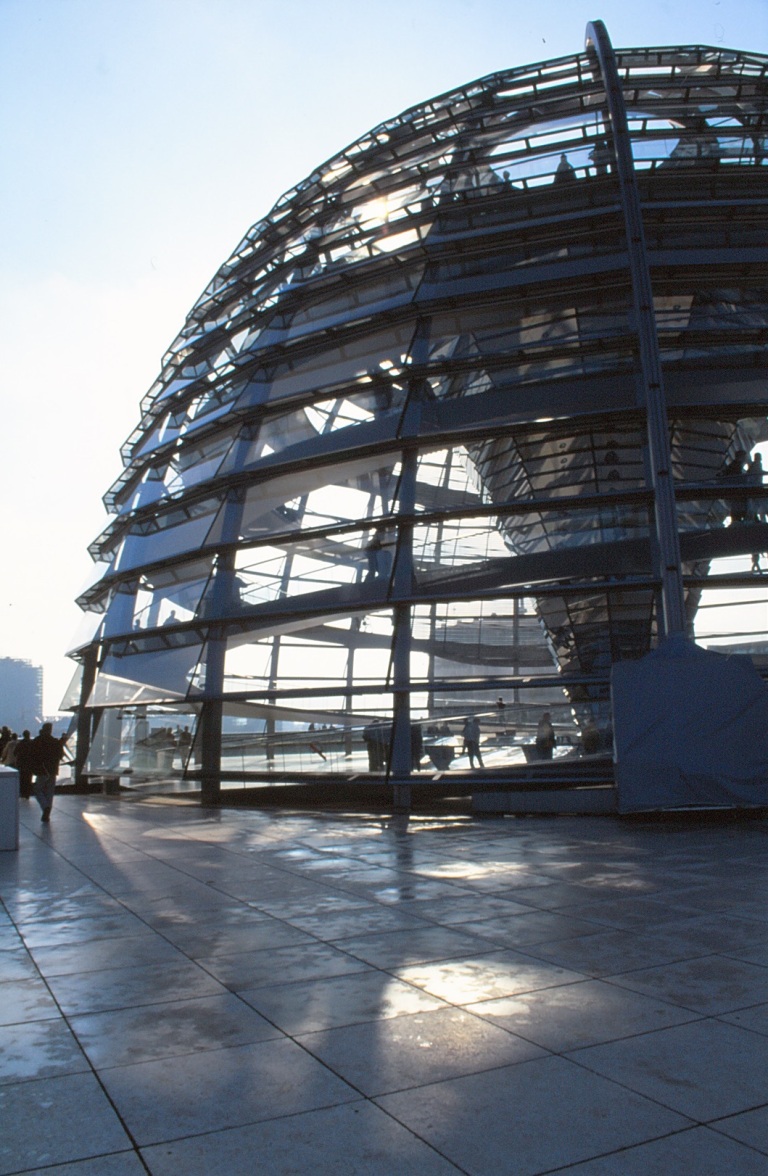 The original Reichstag Building was constructed between 1884-94. In 1992 (following the reunification of East and West Germany) a competition between 14 non-German and 80 German architects was held with Foster + Partners eventually engaged to revive the old building and create a new seat for the National Parliament in Berlin. The Foster design carefully restored the existing fabric of the building, revealing many layers of history including stonemason’s marks and Russian graffiti, and then inserted a series of interventions to accommodate the new parliament and associated staff.

The design also created an entirely public roof area that includes a cafe and outdoor decks. The most visible and significant element of the new design is the ‘cupola’ on top of the building – a publicly accessible space allowing the citizens to look down over their elected members while also looking out over the city of Berlin. A double helix ramp to the top viewing platform allows visitors to rise and fall within the cupola without having to cross paths of circulation. Also incorporated into the ‘cupola’ is a light sculpture that channels natural light into the chamber below during the day and reflects artificial light out at night.

In the words of Foster, ‘the cupola becomes a beacon on the skyline, signalling the vigour of the German democratic process.’ 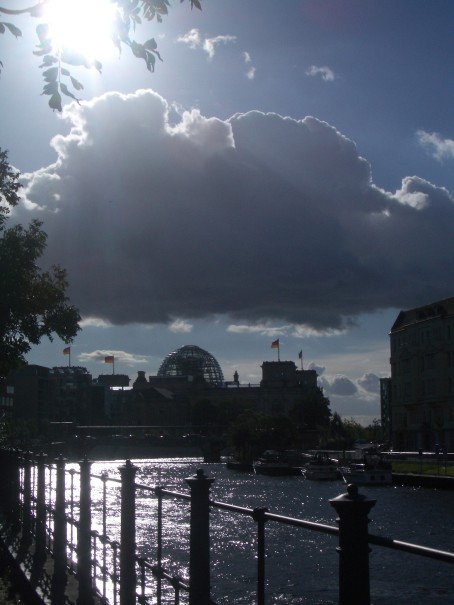 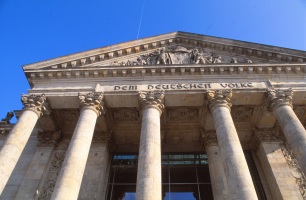 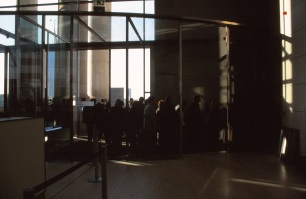 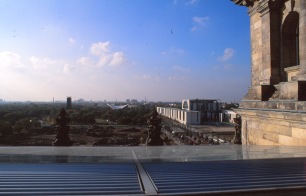 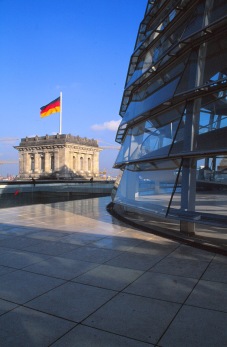 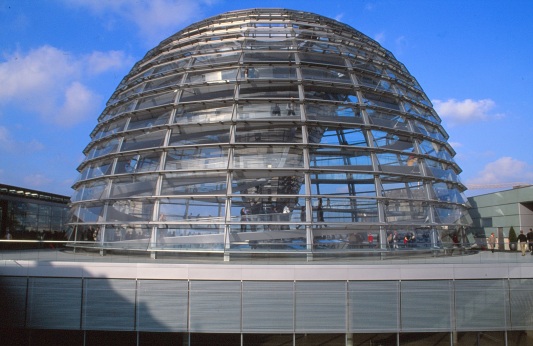 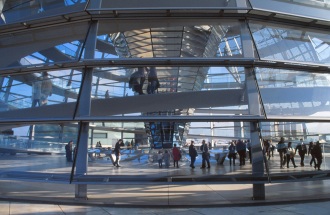 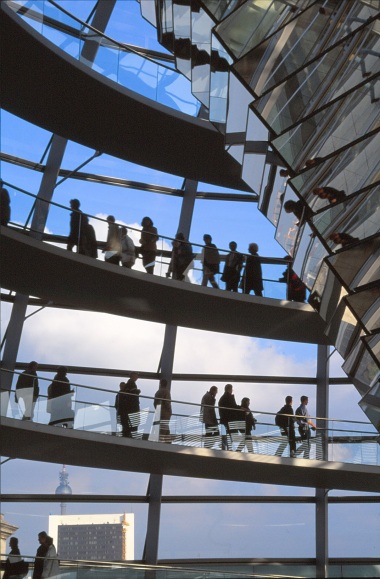 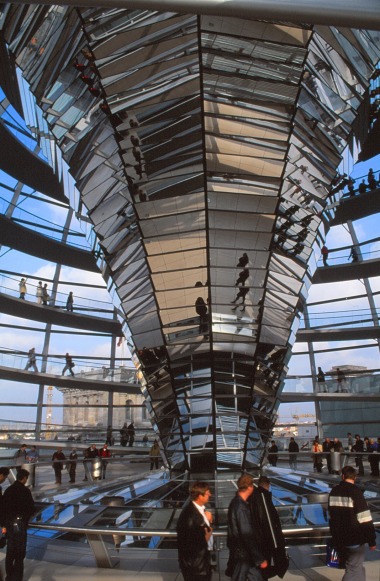 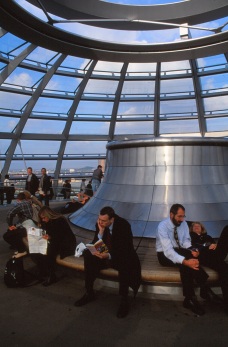 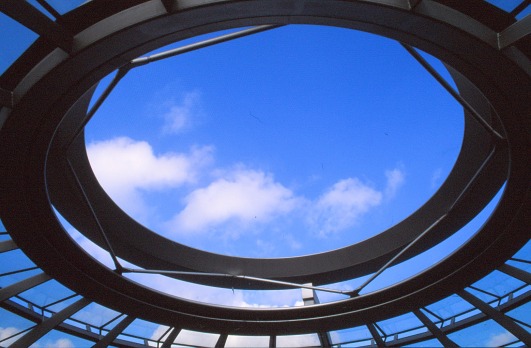